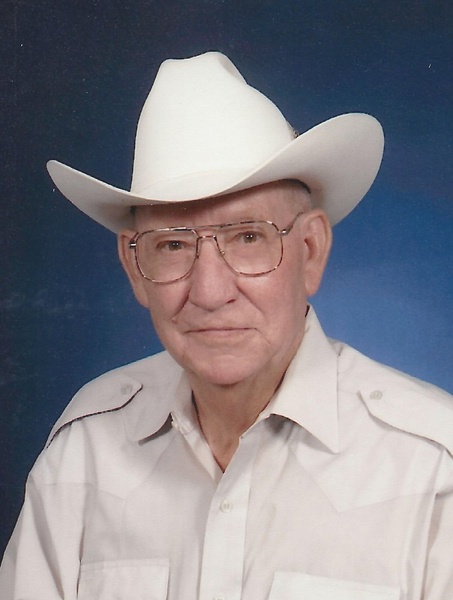 W.B. was born December 9, 1929 in Wise County, Texas to Burrell and Ola Lee (Nesmith) Arrington. He worked for 13 years as a plumber, even owning his own company. He also had a dairy farm for 18 years. He also bought and sold cattle for several years. But he’s probably best remembered as a sheriff’s deputy for the Jack County Sheriff’s Office, serving in law enforcement for over 20 years.

On December 10, 1994 he married Sibyl (Marlett) Todd. The couple were members of Bible Baptist Church in Bridgeport.

W.B. was preceded in death by his parents, and daughters Shirley Hale and Deborah Arrington.

In lieu of flowers, donations may be made to the Boyd Lodge Scholarship Fund. 128 W Rock Island Ave, Boyd, TX 76023.

To order memorial trees or send flowers to the family in memory of W.B. Arrington, please visit our flower store.