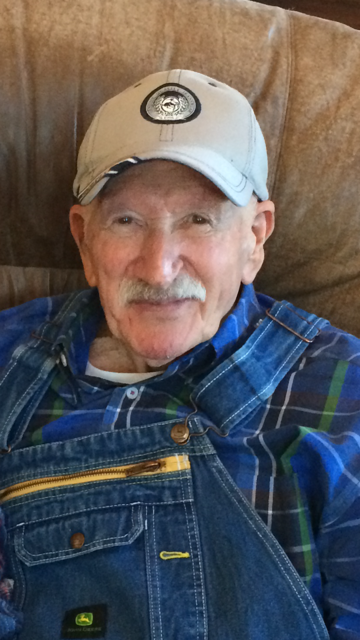 Royce Lee Kirk, 81, of Springtown, Texas, went to be with the Lord on Monday, February 5, 2018. He will be greatly missed along with his beautiful songs.

His wishes were for a private memorial with his wife Jeanie, his children, and family that will be held at a later date. Jones Family Funeral Home-Decatur is handling the arrangements.

Royce was born May 31, 1936 in a little community know as Smithfield, Texas (now known as Bedford). He was the youngest son of 10 children.

Royce served his country in the United States Army. He retired from Lock-Heed Martin, but also spent 10 years working for the Texas Parks and Wildlife Department thru Dinosaur Valley State Park in Glen Rose, Texas.

Royce loved spending time at their lake house on Possum Kingdom fishing with his wife and enjoying the grandkids. His grandkids and great grandkids thought their Papa hung the moon.  Royce was known for that beautiful singing voice. He could draw you in whether young or old.  What a blessed gift.  His mischievous smile and contagious laugh let you know there was a side to him we all loved as well! Such the practical joker! He dedicated his younger years to coaching his three children in different sports and was known by “Coach” to so many kids.

To order memorial trees or send flowers to the family in memory of Royce Lee Kirk, please visit our flower store.
Send a Sympathy Card