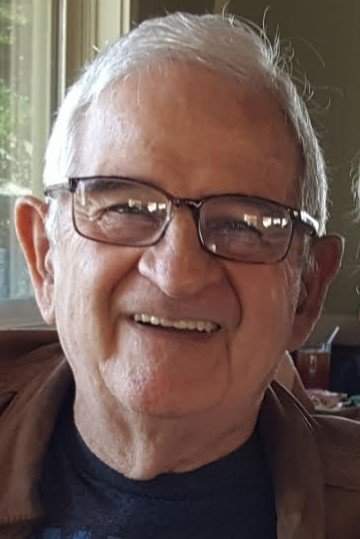 Services for Robert Allen Lansford, 84, of Bridgeport, Texas will be 2:00 pm Tuesday, January 7, 2020 at Hudson & Torres Family Funeral Home in Bridgeport. A private family burial will follow at Eternal Oaks Cemetery in Runaway Bay, Texas. Visitation will be at 12:00 pm Tuesday, two hours prior to the service, also at the funeral home. Robert passed away Friday, January 3 in Bridgeport. He was born June 2, 1935 in San Diego, California to Ira Elmer Lansford and wife Anna Marie (Roberts) Lansford. Following basic training in 1956 in Colorado Springs, Colorado, while in Ft. Carson, Colorado, Robert married Nora Christine Clanton on November 4, 1957 in Colorado Springs. In 1963, after serving our country in the US Army and receiving an Army of Occupation Medal (Germany), he accepted employment with Bell Helicopter in Hurst, Texas, where he spent 30 years as a fabricator. Robert and Chris moved to Runaway Bay in 1993 and were members of Mt. Calvary Baptist Church in Denton, Texas. By nature, Robert loved to take things apart and put them back together again. His hobbies also included outdoor grilling, traveling and camping. He was a camp host for many years in Colorado. He had visited every state west of the Mississippi, and loved finding new campgrounds. He is survived by wife of 62 years, Chris Lansford of Bridgeport; sons Terry Allen Lansford and wife Bitsy of Runaway Bay, and Mike Lansford and wife Darla of Tyler, Texas; grandchildren Chealsie Lansford, Mikayla Knowles, Mike Lansford, Ashley Gall, and Crissy Jones; nephew Larry Lansford; and many great-grandchildren. Robert was preceded in death by his parents, daughter Sandy (Lansford) Knowles, brother Vernon Lansford, and sister Joy Mettler. Memorial contributions may be made to Fisher Center for Alzheimer’s Research Foundation, FDR Station, PO Box 220, New York, NY 10150.
To order memorial trees or send flowers to the family in memory of Robert Lansford, please visit our flower store.