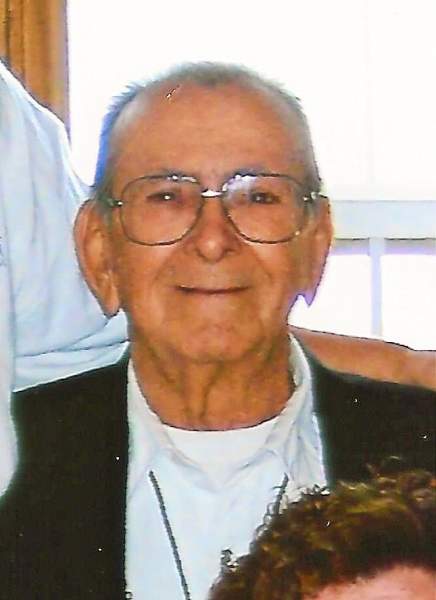 A memorial service for Richard Albert Phillips, 93, of Bridgeport will be 6:00 pm Saturday, April 15, 2017 at Balsora Baptist Church in Balsora, Texas, officiated by Bro. Glenn Connell. Richard passed away in Decatur Monday, April 10. He was born in Jefferson, Ohio, the county seat of Ashtabula County, located ten miles from the Pennsylvania border. His parents were Clarence Certifield and Della Beatrice (Holton) Phillips. After high school, Richard joined the United States Air Force, known at that time as the Army Air Corp. He enlisted in Columbus, Ohio on October 1, 1942 and served his country for the last three years of World War II. Before moving to the Wise County area in 1979, Richard worked for the City of Saginaw, Texas. It was in Bridgeport that he met and married Carol Dexter. Later the couple became members of Balsora Baptist Church. Richard leaves behind his wife Carol Phillips of Bridgeport, daughter Sherry Sweatman of Boonsville, Texas, numerous grandchildren, and other family and friends. He was preceded in death by his first wife of 38 years, Pauline Phillips, son Richard E. Phillips, son-in-law Roy Sweatman, and numerous brothers and sisters.
To order memorial trees or send flowers to the family in memory of Richard Albert Phillips, please visit our flower store.