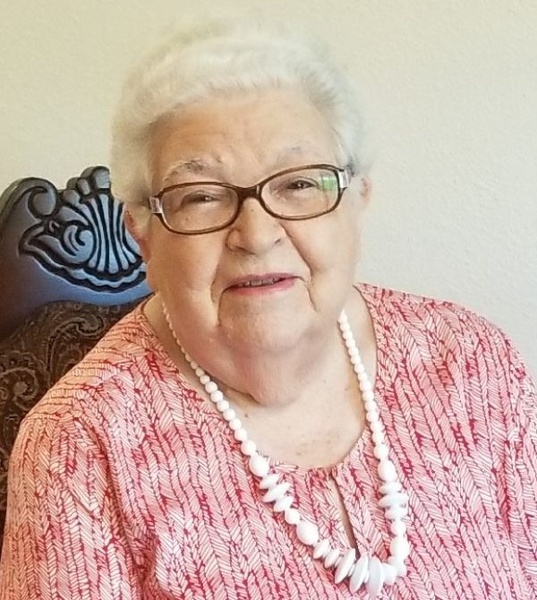 The family of Mary LaVell Mitchell is deeply saddened to report her passing on December 23, 2021 at the age of 93 at her home of 48 years in Bridgeport, Texas, with daughters at her side.

Services for Mary will be 2:00 pm Friday, December 31, 2021 at the Cates Street Church of Christ in Bridgeport, officiated by Brother Scott Strother. Burial will follow in Bridgeport's Eastside Cemetery. Visitation will also be at the church, at 1:00 pm Friday, one hour prior to the service.

Born on October 2, 1928, in Jack County, Texas, to Archie Thomas and Ettie Reed Hicks. Her siblings were Elizabeth Hicks, Rotha May Hicks, Sadie Tage, Janie Ford, Florine Deweber and Archie Thomas Hicks, Jr., all of whom have preceded her in death.

She attended school in Rocky Point and later at Bowie High School. On December 21, 1945, just a few months after the end of World War II, she married returning veteran Herbert Aubrey Mitchell in Montague County, Texas. He was known to friends, colleagues and co-workers as H.A. or just Mitch.

In the next few years, as her husband took jobs as a bulldozer operator on road and dam projects, the family lived in 14 different towns in Texas, where son Thomas and daughters Jan and Doris were born, before eventually settling in Bridgeport.

Nearly two decades later son Joe and daughter Dee Ann were born. In March of 1972, H.A. was killed in a fiery oil field accident, leaving Mary to raise their two small children. To make ends meet she went to work for the Bridgeport Independent School District and retired after 20 years.

All who knew her attested to the fact she was a shining example of honesty, integrity and virtue. She was an accomplished seamstress, who made countless quilts for children, grandchildren and great-grandchildren. She once made matching shirts for her husband and children prior to a vacation trip so all could be easily spotted. She also was an outstanding cook, especially cakes and pies.

She was an active member of Cates Street Church of Christ and was a founding member of the Wise County Quilt Guild.

She remained alert and vivacious, even attending and actively participating in a Thanksgiving Day gathering in Bowie, Texas, with her extended family. She succumbed after a brief illness.

She is survived by children Thomas Mitchell and wife Jo of Las Vegas, Jan Graham and husband Jim of Bridgeport, Doris Casey and husband Dave of Copper Canyon, Texas, Joe Mitchell of Austin and Dee Ann Mitchell of Conroe, Texas, as well as six grandchildren, 18 great-grandchildren. and numerous nieces and nephews.

To order memorial trees or send flowers to the family in memory of Mary Mitchell, please visit our flower store.