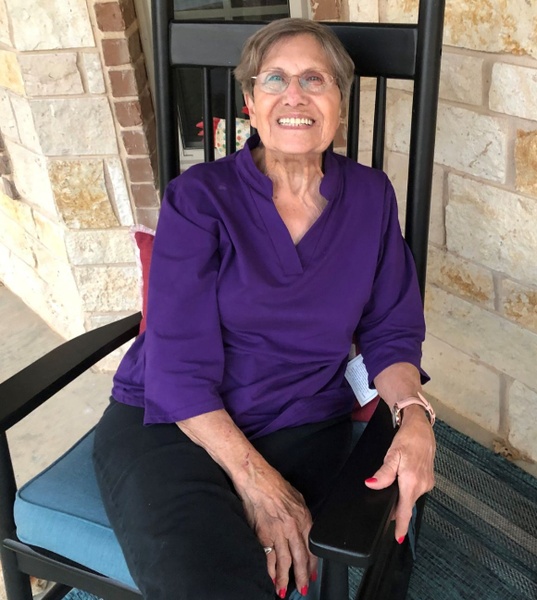 Graveside service for Margaret Luan Reisch, 79, of Bridgeport, Texas will be at 10:30 am on Wednesday, March 23 at East Side Cemetery, officiated by Pastor Charles Pugh. She passed away Tuesday, January 11, 2022 in Dallas, Texas.

Margaret was born March 23, 1942 in Tonkawa, Oklahoma to Carl Edward Jansson and Margaret Ellen (Pitzer) Jansson.  She married Warren Lee Reisch on July 21, 1960, and together they had three children.  Margaret worked in the Hospitality industry while raising her family.  She changed careers later in life and became a cosmetologist.

She loved gardening, fishing, camping, and especially loved spending time with her grandchildren.

She is survived by daughters Esther Bilby and husband Jeffrey, and Mary McKeever and husband Tony; sister Barbara Scott of Ponca City, Oklahoma; seven grandchildren; numerous great grandchildren; a host of nieces, nephews and extended family.  She will be greatly missed by all who knew her.

To order memorial trees or send flowers to the family in memory of Margaret Luan Reisch, please visit our flower store.
Send a Sympathy Card