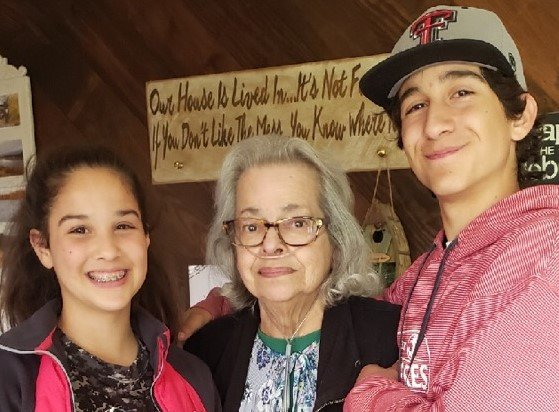 Lerida Lorenzo Artiles, 82, of Bridgeport, Texas went home to be with her heavenly family on Friday, May 17, 2019. There will be a private service at a future date set by the family. Lerida was born in Cuba on September 8, 1936. She and her husband came to this country when they were 18 years old in search of the American dream. They achieved that dream. Lerida worked in the garment district in New York, starting as a piece worker, working her way up to supervisor. They opened their own business, Porky’s Meat Market. She was an accomplished seamstress and often made items for friends and even their pets. She enjoyed seeing the “fashion shows”.  She and her husband made a new family of friends to make up for the ones left behind. Those friends continue to be an important part of our lives. Lerida and her family moved to New Jersey and later to Houston. She was lucky enough to have traveled to Europe, Cuba, Puerto Rico, the Bahamas, many of the states and one of her favorite places, Hawaii.  After settling in Houston, she became a nanny (she always loved children). She helped raise many children; Billy, Alex, Ana, and Laura just to name a few. They were her grandchildren.  In her later years she took joy in going to the casino almost to the point of obsession.  She is survived by her daughter and son in law Marisol (Maudie) Smith and Andrew Smith of Lake Bridgeport, Texas. Her brother Gustavo LORENZO of Miami, many nieces and nephews and her adopted families; the Mejias, Lozano’s and Zozayas.

Lerida was preceded in death by her husband Roberto and six siblings.

She will be missed for her sharp wit, generosity, and the sparkle in her eye.

To order memorial trees or send flowers to the family in memory of Lerida Lorenzo Artiles, please visit our flower store.