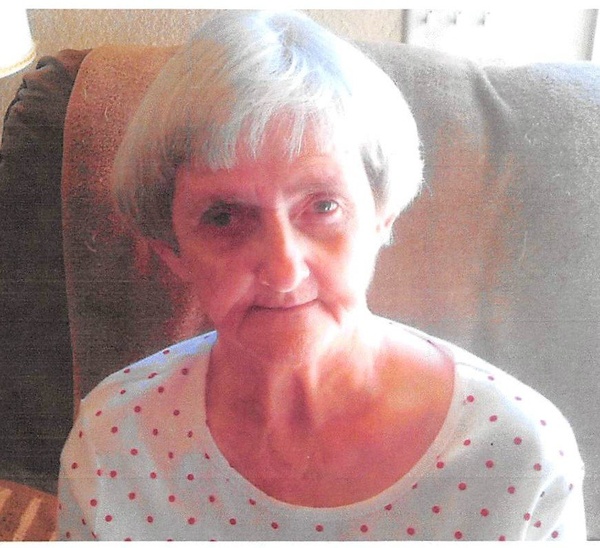 Judy Ball went to be with the Lord Easter Sunday, April 16, 2017, in Bridgeport, Texas. Memorial Service will be Friday at 2:00 pm at Balsora Baptist Church with Glenn Connell officiating. Judy was born April 23, 1945 in Muenster, Texas to Maxine and Temple Watson. She was the oldest of two children. She married Joe Wayne Ball November 17, 1963 they were married for 51 years. She was a loving wife, mother, sister, grandmother, great-grandmother and friend, who raised five children and one grandchild. She was a member of the Balsora Baptist Church, she loved her flower beds, gardening, being outside, enjoying family time, especially with her children and grandchildren. Judy was a hard worker, she worked over 20 years with BISD as a custodian and numerous years at Wise Regional Health System as floor tech and in housekeeping. She is survived by her children; Temple Ball and wife Betty of Springtown, Kathy St.John and husband Monty, Joann Bradford, both of Bridgeport and Jimmy Ball and wife Tracey of Runaway Bay and close family friend Ricky Martin of Bridgeport; grandchildren Stephanie Fox and Significant other Tony Rodriquez, Keaton and Keisha St.John and Chad Bradford; great grandchildren Alexia, Paige, Linzzy and Santana Rodriquez; five Brother in laws, five Sister in laws; and one sister Kay Fisher of Cameron; numerous nieces, nephews and a host of friends. Judy is preceded in death by her parents Maxine and Temple Watson, her husband Joe Wayne Ball; and her daughter Kimberly Kay Struthers. Arrangements made by Jones Family Funeral Home, Bridgeport, Texas.
To order memorial trees or send flowers to the family in memory of Judy Ball, please visit our flower store.