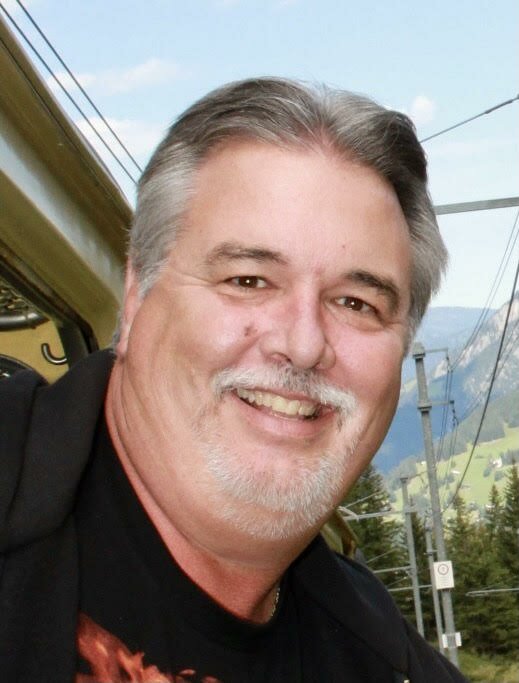 A memorial service for Jeffrey Allen Weiland, age 60, of Weatherford, Texas will be 10:00 am Saturday, September 11, 2021 at Pleasant View Baptist Church in Bridgeport, officiated by Britt Doty. Jeff gained his wings on Friday, September 3 at home surrounded by his family.

Jeff attended Texas A&M University and was a true Aggie thru and thru.

Right out of college in 1983 he started his career with General Dynamics, which later became Lockheed Martin. He had a love of F-16s and they have been his passion throughout his career.

Jeff married the love of his life, Malynda O’Dea in 1984 and went on to have a son and daughter.

He was a world traveler and worked in numerous countries and built longstanding friendships with people everywhere he went.

Jeff never met a stranger and was commonly referred to as a gentle giant. He took on the role of papa to many children, and touched and impacted more people than he ever realized.

He was a family man and worked his entire life to provide for his family. His grandkids were the light of his life, and he was theirs.

He was preceded in death by grandparents John and Sylvia Weiland, and Hank and Ann Wageman.

ALL RIGHTS RESERVED. This obituary is a work protected under international and federal Copyright Laws and Treaties. Any unauthorized reproduction, distribution or use of this material is prohibited. No part of this compiled work may be reproduced, altered or transmitted in any form or by any means, electronic or mechanical, including photocopying, recording, or by any information storage and retrieval system without express written permission from the author.

The author hereby grants the newspaper the right to publish the compiled work on the dates and location provided in the submission details and further grants to the newspaper the right to reproduce the work electronically in any website or digital medium owned or controlled by the newspaper, provided the copy is not altered or modified in any way. The funeral home’s website domain must accompany any reproduction of the work. The work must not be used for or by any person for direct commercialized gain in competition with the author, the funeral home, or their respective businesses.

To order memorial trees or send flowers to the family in memory of Jeff Weiland, please visit our flower store.
Send a Sympathy Card