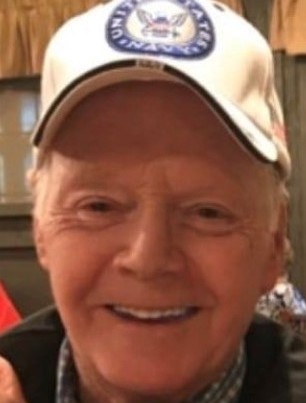 Services for James 'Daddy-O' Taylor, 72, of Decatur, Texas will be Tuesday, July 23, 2019, at 10:00 am at Bible Baptist Church in Bridgeport, Texas, officiated by Pastor Dale Webster. Burial will follow at Pleasant Grove Cemetery in Decatur. Pallbearers are Micheal Taylor, Scotty Taylor, Paul Taylor, Hunter Brandon, Jack Stockton, and Kenny Thomas. Visitation will be Monday, July 22, 2019, from 6-8 pm at Hudson & Torres Family Funeral Home in Bridgeport. James passed away Thursday, July 18, 2019 in Decatur. James was born August 8, 1946 in Vernon, Texas to Walter Ray and Maggie Sue (Palmer) Taylor. On June 19, 1971 he married his wife of 46 years Joann Taylor in Muleshoe, Texas.

He went into the Navy when he was 18 years old.  He was in a submarine for 6 months at a time. When he wasn't there he was on the USS McKean (DD-784) Naval Destroyer.

James was a Master electrician for Texas Instruments for many years, he then transferred to UNT where he retired in 2010. He had a passion for music. James went to broadcasting school in the early 80's to become a disc jockey. He worked at KWCS, later known as KBOC in Bridgeport, playing everything from gospel music to oldies music for all Wise County where he earned the name "Daddy-O".

James was an Ordained Minister who had a passion for sharing the gospel of Jesus Christ with others which led to his publishing of” The New Believer's Guide to The Christian Life". When he wasn't writing you could often find him singing for the nursing homes ministry or the talent shows at the Wise Heritage Museum. He is survived by his daughters; Crystal Hoots and husband Adam of Decatur, Dedra Stockton and husband John of Decatur, and Tina and husband Joe Hatfield of Muldrow, Oklahoma; son Paul Taylor and wife Amber of Alvord; brother Robert Taylor and wife Donna of Decatur; I grandchildren Alex Lambert, Anna Lambert, Kolbi Davison, Addison Taylor, Jolie Taylor, Ashlynn Hoots, Selah Hoots, Justin Hatfield, Kristina Green; great-grandchildren Malikai Davison, Anslee Green, Gage and Hank Hatfield; and many nieces and nephews.

James was preceded in death by his wife Joann Taylor, his parents, and sister and husband Jolene and Jerry Taylor.

To order memorial trees or send flowers to the family in memory of James 'Daddy-O' Taylor, please visit our flower store.