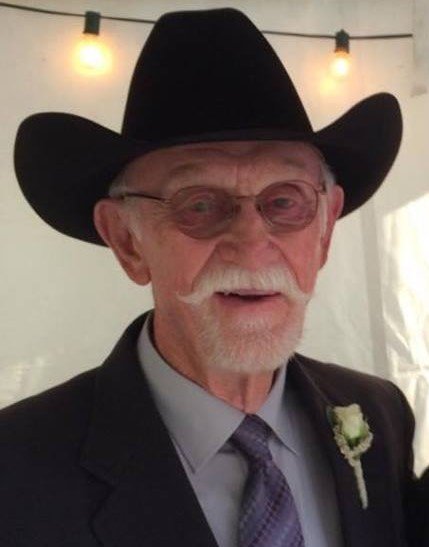 Gordon Jacob Ploeger was born in Hampton, IA on October 11, 1937 to Henry Ploeger and Viola Pearl (Greenfield) Ploeger. While growing up in a farming family, he developed a love for agriculture. He attended country school in Franklin County until the age of 14. He then attended Ackley High School until his graduation on May 22, 1956. On August 16, 1956, reported for duty at Camp Pendleton and began two years of service in the United States Marine Corps.

On August 9, 1957, Gordon married his high school sweetheart, Roxie Harken. After they married they lived in California for two years before returning to Iowa to raise their family which included their oldest, Sheldon and their newborn baby, Twila. Three years later, the family grew to 6 with the birth of Kurt and Lynnae.

In 1960, Gordon became a salesman for Moormans Feed Manufacturing, later he was promoted to district manager and then state sales manager in Southern MN and later, he and Roxie returned to Iowa. In 1996, he retired after 35 years of employment with Moormans 35 years.  In 1997, Gordon and Roxie moved to their current home in Decatur.

Gordon lived out his life-long dream of owning a small ranch where he raised cattle and horses. His love for horses began as a young man when he purchased his first horse, Rex. He found great joy in teaching others, especially his children and grandchildren, the finer points of horsemanship. He not only owned and trained several riding horses over the years, he raised teams of draft horses as well.

Gordon had a strong faith in Jesus Christ and he lived out his faith by serving others. Until recently, He and Roxie were very active in their church, Trinity Fellowship. He served as an Church Elder for many years, was the director of WARM for several years and dedicated much time with Kingdom Builders.

Second only to his love for Jesus, was his love for his family. Marred to Roxie for 61 years, they enjoyed traveling to many destinations especially when it involved seeing their grandchildren. For those who know Gordon and Roxie, if you weren’t family, you quickly became family.

To order memorial trees or send flowers to the family in memory of Gordon Jacob Ploeger, please visit our flower store.
Send a Sympathy Card