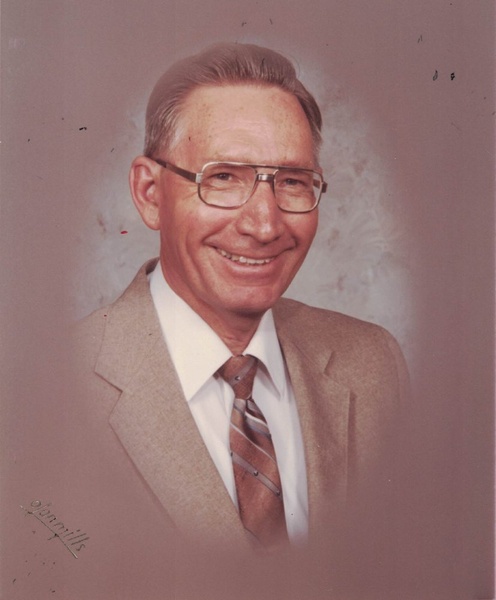 Decatur-Glen Wilson Welsh, 90, entered life eternal on August 2, 2018. Glen was well loved by his family, friends, and those that knew him.

Glen was born on the Welsh family homestead, near Garrison, North Dakota on March 25, 1928. A graduate of Garrison High School, Glen went on to earn a Bachelor of Science in Civil Engineering at the University of North Dakota, in Grand Forks, and a U. S. Air Force 2nd Lt. Commission from ROTC. He graduated from USAF Pilot School, Class 52F in Bartow, Florida.

Service: A memorial service will be held at the Church of the Ascension & St. Mark, Bridgeport, Texas, on Monday, August 6, 2018 at 11:00 AM. Internment will be held at a later date.

Memorials: In lieu of flowers, memorial contributions may be made to the Church of the Ascension & St. Mark Episcopal Church, 5094 US Hwy 380, Bridgeport, Texas 76426.

During the Cold War, Glen flew B-29 aircraft from the AF base in Mildenhall, England in support of Electronic Countermeasures missions. Following this assignment he transferred to Lincoln Nebraska to the 98th Air Refueling Squadron where he flew KC-97 refueling aircraft in support of Strategic Air Command B-47 missions. Glen was discharged from the Air Force in September, 1955.

While at Lincoln he met Virginia Schmidt, the love of his life, and they were married January 15, 1956. They began their married life in California where Glen was employed by Lockheed and Douglas Aircraft as a design engineer. In 1958 Glen accepted employment with the CAA (now the FAA) and had various technical supervisory positions in Los Angeles, Honolulu, and Fort Worth. During the Cuban crisis he was recalled to active duty for one year with the California Air National Guard and flew C-97 aircraft for MATS in the Pacific theater. He retired from the FAA in 1984 after 30 plus years of Federal service. One of his many accomplishments was certifying Bell Helicopters for airworthiness in the 1960's.

Following retirement, while living near Keller, Texas, Glen worked with Care Corps for 12 years as a home maintenance specialist providing assistance to the elderly in the Metroplex area. In 1999 Glen and Virginia moved to Decatur, Texas. For many years Glen was a fixture at the Decatur Golf Club and a regular of the Club's Rat Pack. Truly the game of golf became an obsession and a pastime in his later years.

Glen was preceded in death by his parents and a younger brother, Wayne.

To order memorial trees or send flowers to the family in memory of Glen Welsh, please visit our flower store.