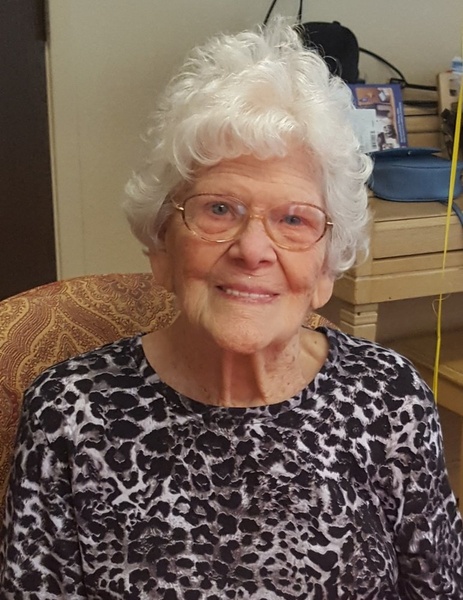 A memorial service will be held at a later date for Geneva M. LaHue, 90, of Paradise, Texas. She passed away Sunday, June 3, 2018 in Bridgeport, Texas.

Geneva was born September 17, 1927 in Norfork, Arkansas to Charlie and Bettie (Patterson) May. She was a Baptist. She worked for the Sunshine Biscuit Company in Kansas City, Kansas for over 30 years. The company was later bought out by Kellogg.

She was preceded in death by her parents, her husband Louis Elmer LaHue, two brothers, and five sisters.

Donations may be made to St. Jude Children's Research Hospital, 262 Danny Thomas Place, Memphis, TN 38105, or online at www.stjude.org/give.

To order memorial trees or send flowers to the family in memory of Geneva M. LaHue, please visit our flower store.