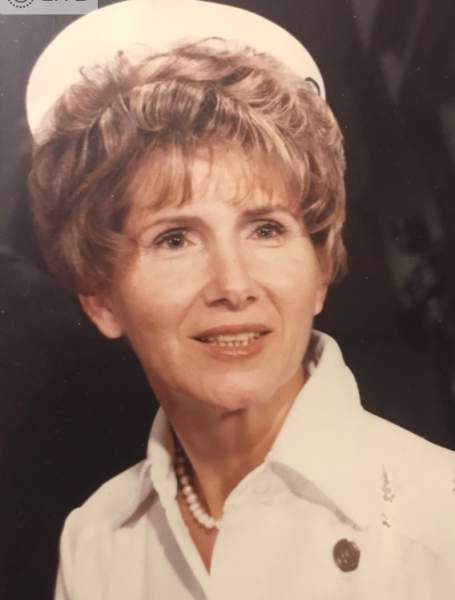 Graveside services are today at 4:00 pm at East Bridgeport Cemetery in Bridgeport, Texas.

Our sweet Mom, Grandma, Great Grandma, Great-Great Grandma, Sister, Aunt, and friend, Dorothy Greene, 86 of Bridgeport, Texas went to be with her Heavenly Father on February 21, 2019 in Fort Worth, Texas. She was born December 6, 1932 to Jim and Mary Humes in Clarita, Oklahoma.

Dorothy attended church in Bridgeport, Texas and loved the Lord. Her favorite Bible verse being: John 5:24 – “Verily, verily I say unto you, He that heareth my word and believeth on him that sent me, hath everlasting life, and shall not come into condemnation; but is passed from death unto life,”

Dorothy’s children, grandchildren, great & great grandchildren were the Loves of Her Life which she would put first because of her servant’s heart. Dorothy was an accomplished seamstress & avid gardener. She enjoyed cooking & baking for her family. Her coconut cream pie & cherry cream pie were over-the-top! It was a precious sound to hear her sweet, happy whistles when she was cleaning house.

Dorothy is preceded in death by her parents, her first husband, Gene Manning, and one son, Mike Manning. One granddaughter, Molly Manning, and one grandson, Adam Dickerson. Three sisters, Gwen Duke, Peggy Kenyon, and Sue Woods, and one brother, Edward Humes.

Survivors include her three daughters, Emma Chaffee and husband Jeff of Bridgeport, Melinda Dickerson and husband Joe of Fort Worth, Melanie D’Souza and husband Raul of El Paso. Her son, Randy Manning and wife Pattie of Decatur. Twelve grandchildren and a host of great and great-great grandchildren, and one sister, Fern Ward.

To order memorial trees or send flowers to the family in memory of Dorothy Jean Manning Greene, please visit our flower store.