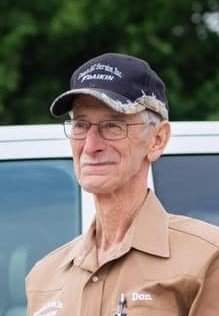 A memorial service for Don Handley, 67, of Paradise, Texas will be 11:00 am Friday, July 10, 2020 at First Baptist Church in Boyd, Texas, officiated by Bro.Terry Terry.  Don went to be with the Lord on Friday, March 6 at home, after a two-year battle with cancer. The Covid-19 coronavirus prevented having services any earlier.

He was born February 21, 1953 in Superior, Wisconsin to James and Edna Ruth (Lemery) Handley. On October 1, 1971 Don married the love of his life, Donna Lynn Carroll. The family moved to Wise County in 1983 where Don served the community he loved for 35 years as the owner of Don’s A/C Service, Inc.

He served as an active member of Friendship Baptist Church in Boyd. Always a people person, Don would greet everyone at church with a handshake or a hug, and would give generously to anyone in need.

Don was a hardworking man, but always found time for his family. He adored each of his children and grandchildren and praised them for their uniqueness.

He had a passion for airplanes. He was a pilot and also had a love for remote-controlled airplanes.

As husband, father and employer he believed in second chances. At the same time he presented a standard of excellence that he followed, and expected the same from others.

He was preceded in death by his parents James and Edna Handley, and brother Jerry Handley.

In lieu of flowers donations may be made to the American Cancer Society, PO Box 22478, Oklahoma City, OK 73123, or by clicking the link below.

To order memorial trees or send flowers to the family in memory of Don Handley, please visit our flower store.