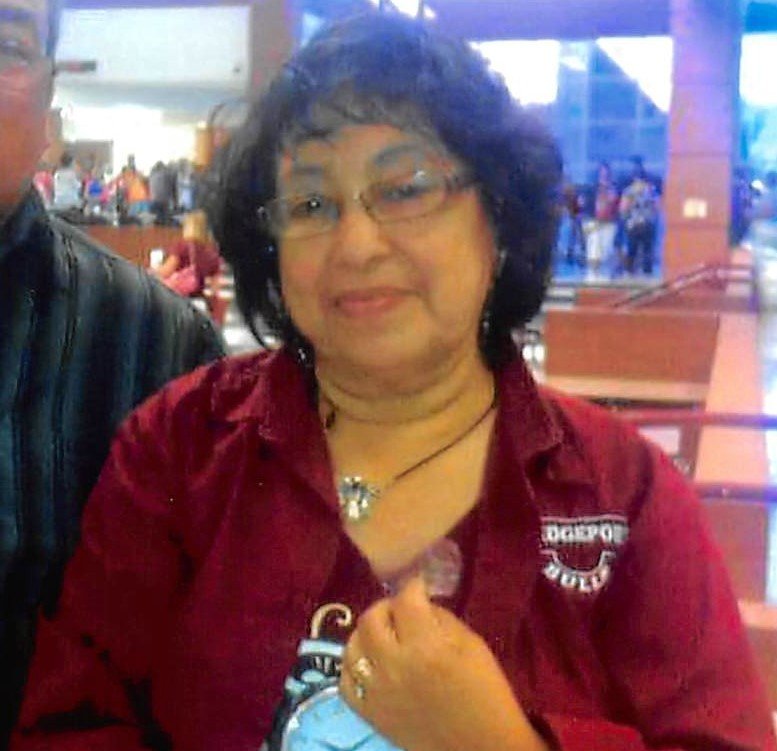 She enjoyed attending Friday night football games in Bridgeport and rooting on her mighty Bulls, playing loteria with family, and most importantly, spending time with the grandkids. Dolores she was a fun-loving woman who enjoyed all aspects of life such as traveling and cooking, etc. WinStar will miss her money as well.

She was proud of becoming a US citizen, and of her 31 years as a school custodian. She was a member of St. Johns Catholic Church in Bridgeport.

She was preceded in death by her beloved father, Adolfo Rodriguez, daughter Juanita Rivera, and brother Javier Rodriguez.

To order memorial trees or send flowers to the family in memory of Dolores Rivera, please visit our flower store.
Send a Sympathy Card