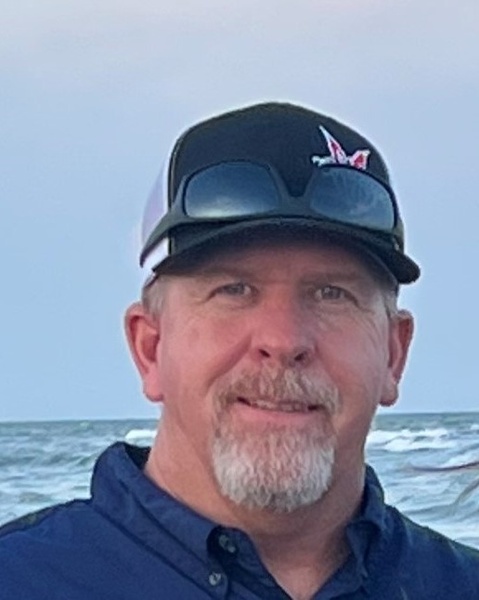 Funeral services for David Chad Patterson, 50, of Paradise, will be 2 pm Friday, September 30, at the First Baptist Church of Bridgeport. Burial will follow at Paradise Cemetery.  Visitation will be Thursday, September 29, 6-8 pm at Hudson & Torres Family Funeral Home in Bridgeport. Chad passed away September 24, 2022, in Fort Worth.

Chad graduated from Weatherford High School in 1990 and began working on several ranches in the Weatherford area where he broke horses, rounded up cattle, and anything else that needed to be done.  Then along came a blue heeler and became his best friend. He named her Hagen. She helped him daily with the tasks to be done and from his perspective, she was the best! She was his soul companion for many years walking by his side, step by step just waiting for his command. Hagen was a part of him for 15  years. I know she was waiting for him and are now reunited with joy.

He worked on the ranch until he joined his sister and brother-in-law at their business in Chico, TX. He was a heavy equipment operator and supervisor for them until 2014 when he then started his own business for five years, until 2019. He then began working for Sutherland Energy in Bridgeport, TX, and was currently employed there at the time of his death.

Chad was joined in marriage on March 6, 2010, to Melissa York. Together they had four children.

He was a giver. He always put everyone else before himself and made good on every promise. His work ethic was to be admired and hard to keep up with by all who worked by his side. His priority was always his family and he strived to make sure that they never lacked for anything. He took pride in working hard and making things better for others and never back down from a challenge.

Chad loved to work on his ’72 Chevy Pickup, his pride and joy, when he had the time and loved to go hunting and hang out with the guys at the lease and tell stories.  He had a lot to tell!!

His other love was music. He loved picking at his guitar alone, with his friends or with his daughter, Paisley. His goal was to one day be able to break out in song on cue like his friends, but he was still working on that.

Chad’s weekends were often filled with the kids’ events and, every so often, we could slip off to an antique mall to look for treasures.  Chad respected all things from the past and tried hard to carry on the traditions and respectfulness that he brought from his upbringing to carry on to his children and others that he met along the way.

Chad is preceded in death by his grandparents, Wendell Patterson, Vernon and Lola Donaldson.

ALL RIGHTS RESERVED. This obituary is a work protected under international and federal Copyright Laws and Treaties. Any unauthorized reproduction, distribution or use of this material is prohibited. No part of this compiled work may be reproduced, altered or transmitted in any form or by any means, electronic or mechanical, including photocopying, recording, or by any information storage and retrieval system without express written permission from the author.

The author hereby grants the newspaper the right to publish the compiled work on the dates and location provided in the submission details and further grants to the newspaper the right to reproduce the work electronically in any website or digital medium owned or controlled by the newspaper, provided the copy is not altered or modified in any way. The funeral home’s website domain must accompany any reproduction of the work. The work must not be used for or by any person for direct commercialized gain in competition with the author, the funeral home, or their respective businesses.

To order memorial trees or send flowers to the family in memory of David Chad Patterson, please visit our flower store.