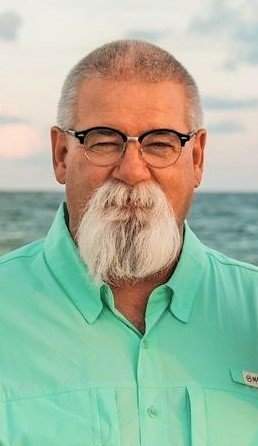 Damon was born October 30, 1960 in Olney, Texas to Donald ‘Bud’ and Udella (Scales) Tucker. He was self-employed as a truck driver and mechanic for almost 40 years, and earned a Safe Driver of the Year award.

He always believed in living life by ‘going for the gusto’. He enjoyed hot rods, going to truck shows, eating lunch with friends, and playing cards. Damon didn’t usually win when he played cards though. Those closest to him laughed that he didn’t have much of a poker face. And if the face didn’t give him away, yelling out “Kemosabe!” when he felt he had a good hand didn’t earn him any winnings either.

He was married to Sharron (Moody) Tucker for 30 years. Sharron fought valiantly against cancer for several years, until her death on March 22, 2019. Damon will be greatly remembered for his unwavering devotion to his wife, and was by her side throughout the lengthy battle. When she passed away, Damon’s heart lost its will to continue, and he passed away exactly one week later from a series of massive heart attacks.

To order memorial trees or send flowers to the family in memory of Damon Tucker, please visit our flower store.