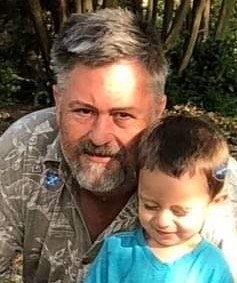 Alan Howard Williamson, Jr. of Bridgeport, Texas passed away suddenly and unexpectedly on December 4, 2020.  Services will be 2:00 pm Saturday, December 12 at Hudson & Torres Family Funeral Home in Bridgeport. Visitation will be 6-8 pm Friday, December 11, also at the funeral home.

Born November 29, 1964 in Olton, Texas to Alan Howard Sr. and Dorothy (Garner)Williamson.  He married Sheri Hoskins on December 31, 1989 in Oklahoma City, Oklahoma and shared 31 years of life together.

After graduation from Bridgeport High School in 1983, Alan then enlisted in the US Air Force where he served his country until 1988.

Alan spent over 20 years working in the trucking industry which included driving, dispatching, fleet managing, and being an owner-operator.

Alan had a lifelong love of nature and spent many years doing conservation work, including scouting as well as working as a volunteer ranger at Sid Richardson Scout Ranch.

His main love was family and worked tirelessly to provide for his children and grandchildren who lovingly referred to him as Pops.

He was preceded in death by his father Howard Williamson.

To order memorial trees or send flowers to the family in memory of Alan H. Williamson Jr., please visit our flower store.